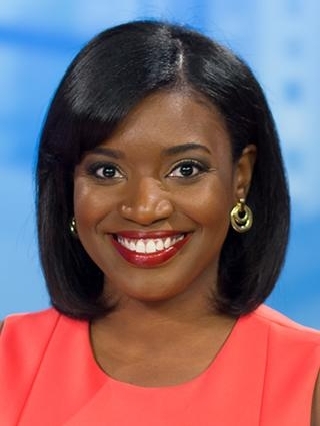 Spoken like a true southerner, hey y’all! I’m a Louisiana girl who now calls Texas home since joining the KFDM/FOX 4 News team in April 2018. I am blessed to have spent several years working in the field I love: journalism. I’ve worked almost every shift there is going from behind the camera to in front.

I was born and raised in Bossier City, Louisiana, and studied Mass Communications at LSU-Shreveport. My career in television actually started during my second year college in 2008. Once I got the call, I quit my bank job, then accepted a job as a production assistant at KSLA News 12 in Shreveport. I got my foot in the door passing out scripts and running a studio camera! Little did I know, that opportunity would lead me on a fun-filled, educational journey.

While working at KSLA News 12, I was promoted to the positions of assignments editor, web producer, and producer. In 2012, I worked as a Multi-Media Journalist/Reporter for KTAL, also in Shreveport.

My passion was reporting on stories that generated real results for the community. After doing an exclusive story about a small neighborhood in Caddo Parish, Louisiana, that fell victim to a company “reselling” water, parish officials developed a new plan for water accessibility. I also broke the national story of Cartrell Brooks, a Louisiana man accused of intentionally exposing at least 13 sex partners to HIV/AIDS. I also covered high profile stories such as the release of Angola death row inmate Glenn Ford and the investigation and ultimate firing of Shreveport Fire Chief Craig Mulford. I’ve had the pleasure of interviewing notables like Louisiana Governor Bobby Jindal, U.S. Transportation Secretary Anthony Fox, Arkansas Governor Asa Hutchinson, R&B singer Joe and Celebrity Chef Robert Irvine.

I’m a proud member of the National Association of Black Journalists.

When I’m not working, I absolutely LOVE to eat, listen to music, travel, read, volunteer, and host different events. I’m ready to be immersed in the different communities across Southeast Texas! So, if you see me out and about, please don’t hesitate to say hi! Of course, if you have a story idea, shoot me an email at krusley@sbgtv.com.