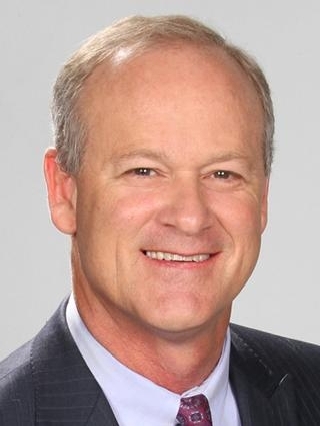 Many say you can`t go back, but for me, coming back to Southeast Texas was really something I felt was a terrific opportunity. Channel 6 has long had a top-notch reputation for its news coverage and I`m so excited to be a part of it.

KFDM has been the best station in the market forever and there is a reason for that. The newsroom has such diversity, from veterans to newcomers. It`s a perfect blend and one that really played a major factor in my decision to come back to Channel 6. There is a lot to be said for our experience and solid news judgment, as well how genuine the people are here.

For those of you who don`t know or recall, I was Sports Director at KFDM for almost 10 years spanning the late 80s to the mid 90s. We did some fabulous things here, among those that I remember most fondly were covering two Super Bowls, televising Lamar basketball games and airing the annual Beaumont Bowl between Central and West Brook high schools. Also, I can tell you,of all the sports markets I`ve worked, the high school football here was better than most, I loved doing the Friday Football Shows. I meet so many interesting people during my time here and you`d be surprised how far reaching the Beaumont connection is among sports and television people.

After I left KFDM, I worked in Oklahoma City, Greensboro, NC and Dallas at Fox Sports Southwest. I earned a Lone Star Emmy for a documentary I produced while at FSSW, it was truly one of the most fulfilling moments of my career. But over the last several years, I wanted to make the jump to news and my first job was as Morning Anchor at the Fox affiliate in Austin. Let me tell you, waking up a 2:20 am was no fun and I lifestyle I didn`t enjoy, so hats off to Dan Gresham who`s done it for years.

I have two daughters, Courtney and Caity, both of whom were born in the area.

I attended three colleges, Weatherford Jr. College, the University of North Texas and received my degree from the University of Central Oklahoma. I also played basketball at WJC and UCO and still enjoy playing H-O-R-S-E every now and then.

I enjoy cycling but I`m wondering where the hills are around here? If you see me out riding be sure and wave,

Greg can be reached at gkerr@sbgtv.com