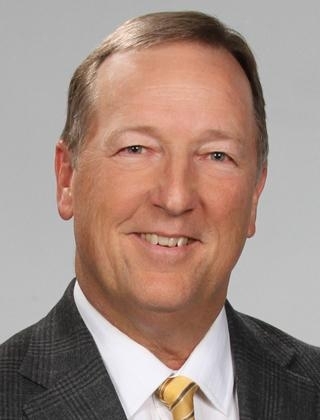 For more than 20 years I have started my workday in the middle of the night! Serving as the Executive Producer / Host of a four-hour morning show requires rolling into the office while most people are sleeping. Not sure you ever get used to the strange hours!

I`m a native Texan, born in Houston, raised in Longview. I started my career doing radio news while still in college at Baylor University studying journalism/broadcasting. I got my first television reporters job at KWTX-CBS in Waco before moving to Port Arthur and KJAC-NBC as weekend sports anchor in 1979. After five years in sports I left television and tried radio management in Tyler before returning to Beaumont to start Southeast Texas first daily talk radio show on Newtalk 560 KLVI in 1986. Uncle Larry talked me into joining the staff of Channel Six News in 1987 and for a short period of time I anchored the 10pm news with Sally Rieger.

As you can imagine I jumped at the chance to move to the morning shift and work with co-anchors such as Melissa Daigle...it has been nothing if not interesting. I`ve had the opportunity to interview presidents, actors, authors, hundreds of local business owners and volunteers through the years. Everyday is nonstop action! During my time at Channel Six I have also had a chance to try my hand at sports play by play for Lamar Baseball and Basketball.

Several years ago I returned to my roots and talk radio. For almost 4 years now I hosted "Gresham Live" every weekday afternoon on Newstalk 560 KLVI.

When I`m not working, I enjoying spending time with my wife of more than 30 years, three grown kids and four grandkids...all girls! I`ve been known to do doubleheader movie days, but really enjoy spending my spare time outside. An avid tennis player, I love to travel and have checked one item off my bucketlist by attending the US Open in New York City.

I like to think I have a simple mantra for my life...Try To Learn Something New Everyday and around the KFDM newsroom there never seems to be a shortage of opportunities!